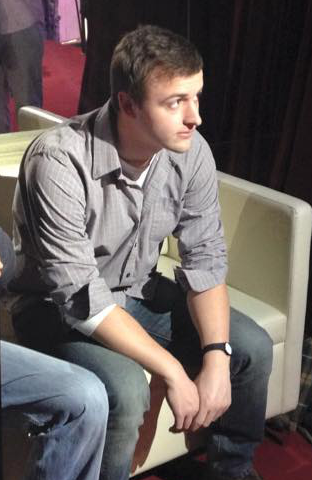 My Story:
Hello, my name is Jacob Storm but many call me Jack. I am currently a 4th year Game Programming student at Champlain College in Burlington, Vermont. I have been programming since starting at Champlain in the fall of 2012.

During my first year I came together with a group of friends to do some game development on the side and participate in game jams.

Sophomore year, I became involved with the Champlain College Game Developers Association (CCGDA) as the Underclassman Game Programming Representative. I continued on to being the Upperclassman Representative a year later. I also started working at the Emergent Media Center, a non-profit studio at Champlain, as a Junior Programmer.

My Junior year took me to Champlain’s Montreal campus for a full year of studying abroad. During my time there I interned at Nvizzio Creations, formerly a part of Funcom and became involved with the gaming community in Montreal.

Senior year has me back on Champlain’s Vermont Campus working on my capstone project, Ripples. I am once again a part of Champlain’s Game Developer Association, as well as a Tutor/TA for CSI courses and a Student Ambassador for the college.

During my time on CCGDA, I helped start a club to encourage extracurricular development, as well as being involved with organizing the Green Mountain Games Festival.

Some Tidbits:
I enjoy tennis, volleyball and a bit of golf.
I also love exploring the outdoors and learning.
And, I enjoy playing games.

Storm Tracker:
I am currently in Burlington, VT.